How to tell the story of a relatievely unknown disease

In 2016 Dutch comedian Jochem Myjer and his wife Marloes discovered that their 7-year old daughter Limoni suffers from narcolepsy: a chronic sleep-disorder. It’s a severe condition that has a great impact on daily life, but is relatively unknown among the general public. To promote awareness concerning narcolepsy and to raise money for research, they founded Stichting Wakker Worden Wakker Worden (Wake Up Wake Up Foundation). Our challenge was to open people's eyes and draw attention to this special condition.

Sleeping attacks, muscle weakness, lifelike nightmares and waking up trapped in your own body. These are some of the symptoms that can occur when you suffer from narcolepsy. We translated each symptom into a lively animated character to convey the experience of narcolepsy in a clear way to the viewer.

To show the wide range of effects narcolepsy has on people, we made three personal videos. 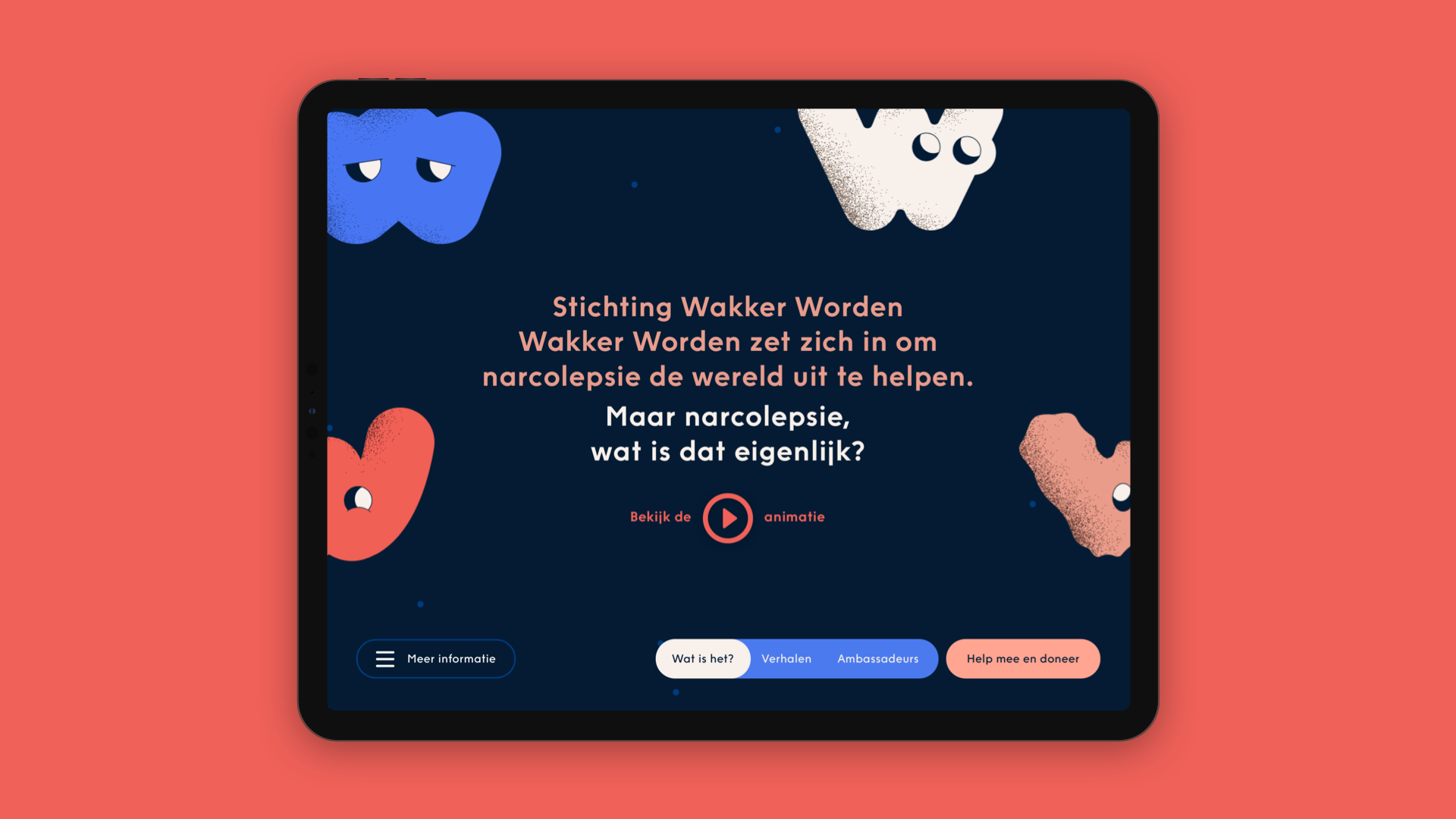